Crackers that my toddler threw on the floor and I'm tired of sweeping up, so they're still there.

Embroidery floss balls filled with different colors and floss bits of varying thicknesses of strands because instead of acting like a normal person and throwing pieces away, I think "but maybe I can use this somewhere!"

Little cut pieces of thread and fabric. They have ended up everywhere. Here is where if you're a sewer you should comment below on tips that I obviously could use to prevent this from happening.

Checker pieces that aforementioned toddler carries around like little treasures and refuses to clean up. But hey, she's learning her colors. "Red, and black!"

Oh there's so much more. I had to stop typing about it, because I was starting to realize that I really need to clean, and I chose to go back into denial about it.

But what I really mean is:

I'M SURROUNDED BY STUFFED TOYS!! It's a bit of a problem.

For those of you who want to psycho-analyze: maybe I didn't have enough stuffed animals while growing up. Mom, if you're reading this: BREATHE. I actually had plenty of stuffed animals growing up (my mother can attest to that).

Maybe it's because Mom would sneak into our rooms while we were gone and pick some of our toys that hadn't been played with in awhile and get rid of them. She learned this from a family friend who was a psychologist. He told her we (my siblings and I), would never notice. Well let me tell you: I noticed!! It also created a sense of panic because she told us about her plan, so you never knew when your favorite stuffed Christmas dog in a Christmas sweater from Target would go missing. Wow, I'm getting off topic. I had a wonderful childhood, and I can't say that I haven't ever "accidentally" gotten rid of a junky toy from my own children when they're not around. I get it, Mom. I get it.

Maybe it's because stuffed toys love you unconditionally. Ok, now this is getting a little too personal. Whose idea was it anyway to invite you to start psychoanalyzing? Whoa there...slow down, Son.

Nah, I'm surrounded by stuffed toys because I've been sewing up a storm and developing some new sewing patterns. In addition to the giraffe that first started my animal rag dolls, I have added the fox, a raccoon, and an owl. It has been so fun to pick out fabrics to go with each animal. I have been working on an elephant too, but that is giving me some trouble. Argh! 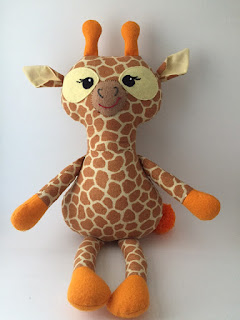 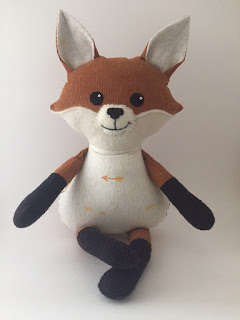 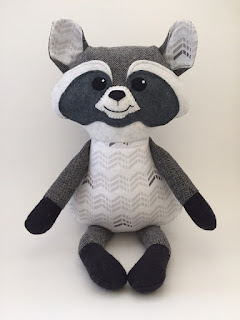 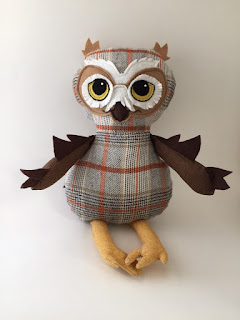 Each new final pattern for a doll means that I've made at least 4 or 5 different dolls along the way as I tweak the pattern. That means that I end up having a LOT of stuffed dolls lying around. It's great for the girls; they love it. The Bean loves all of them because she's 2. The "Go" has her own obsession with stuffed animals, so I'm somewhat of an enabler there. But she gives me valuable feedback on the dolls. Even the Bud has received a couple of the more masculine toys...but I think I may have to do some minecraft plushies in the future for him.

So yes, that's why I'm surrounded by toys. It's not so bad. Makes me feel young again...for a minute. And then my hip pops loudly as I attempt to chase a naked toddler who has recently discovered the joy of running in the nude. She has an expression of sheer glee on her face as I shriek (because the diaper is OFF, folks!) and chase her down. And I remember: I'm too old for this.


When the elephant is finished, I'll post that. I'm sure he'll make a great mediator between the giraffe and owl (see caption on picture above).

You can find those animals and more here.

Posted by AHappyCarrot at 3:40 PM