pom-pom tail for the giraffe

I wanted to show you how I make the pom-pom tail for the giraffe soft toy. I experimented with time-lapse photography. While I can't guarantee that the video is beautiful, it is interesting to watch. Sorta. Here are directions and time-lapse video to show you how to make the pom-pom tail for the giraffe rag doll/softie. Or you can just make a bunch of pom-poms and hang them on things. That's fun too. 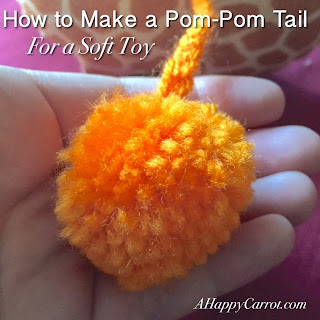 How to make the pom-pom tail:

1. Cut two identical circle donut shapes out of cardboard or cardstock (use a craft knife to cut middle circle out). If you want your pattern to last longer, use cardboard. My donuts are about an inch and a half in diameter. Make yours larger or smaller depending on how big you want your pom-pom. 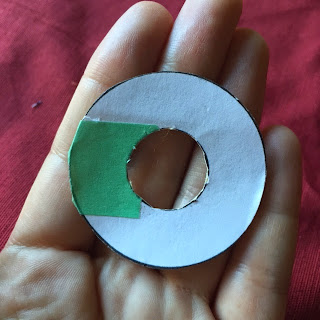 3. After the yarn has been fully wrapped around the two donut circles, use a small pair of sharp scissors to cut the yarn. Cut it along the top edge of the donut, in between the two cardboard pieces. Do not take the cardboard pieces off yet.

4. Cut three 18 inch pieces of yarn from the skein. Take one strand and fit it into the space between the two donut cardboard pieces. Make sure you have an even amount of yarn on each side of the pom-pom (9 inches ). Tie the yarn tight once, and then double knot it. Repeat with the second and third strands of yarn.

5. There should be six (9 inch) strands hanging off the pom-pom. Combine the strands so that you have 3 pieces made up of two strands of yarn each. Braid the 3 together until you have a braid 2-3 inches long. Double knot the end of the braid and cut off the excess yarn. Now you have the pom-pom tail! 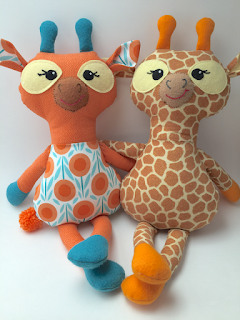 And that's a wrap!
Posted by AHappyCarrot at 5:12 PM